A healthy twist on everyone’s favorite Thanksgiving side dish! This grain-free sausage and apple stuffing uses almond flour to create a bread-like texture that will satisfy everyone! 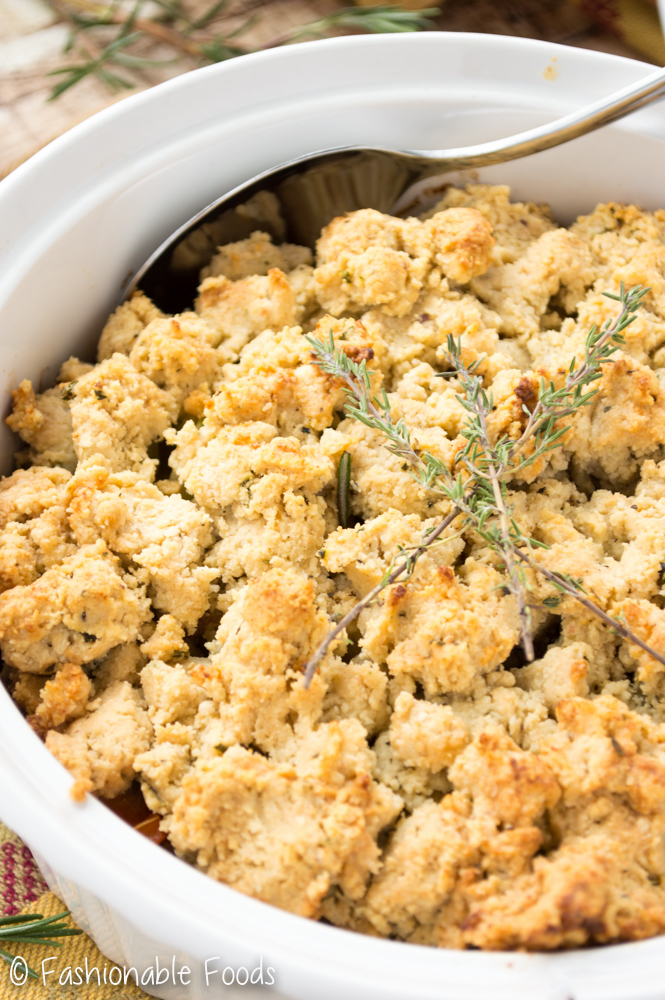 When I first moved to Delaware (almost 2 years ago now) I was quite devastated over the grocery store selection. I was so spoiled when I lived in Pennsylvania to work 5 minutes from a Wegmans. Unfortunately the closest Wegmans to me was over an hour away. UNTIL NOW! I now am about 25 miles from one and I couldn’t be more excited about it ?.

If you live in the northeast and you’ve never been to a Wegmans, you are missing out. They have everything a person could ever want in a grocery store. It’s like a Whole Foods, but 3 times the size and WAY cheaper, and the quality is just as good, if not better.

I went to the new store this morning for the first time. I’ve been in such a happy mood ever since I stepped foot in the store! Call me crazy, but it truly is the little things in life… 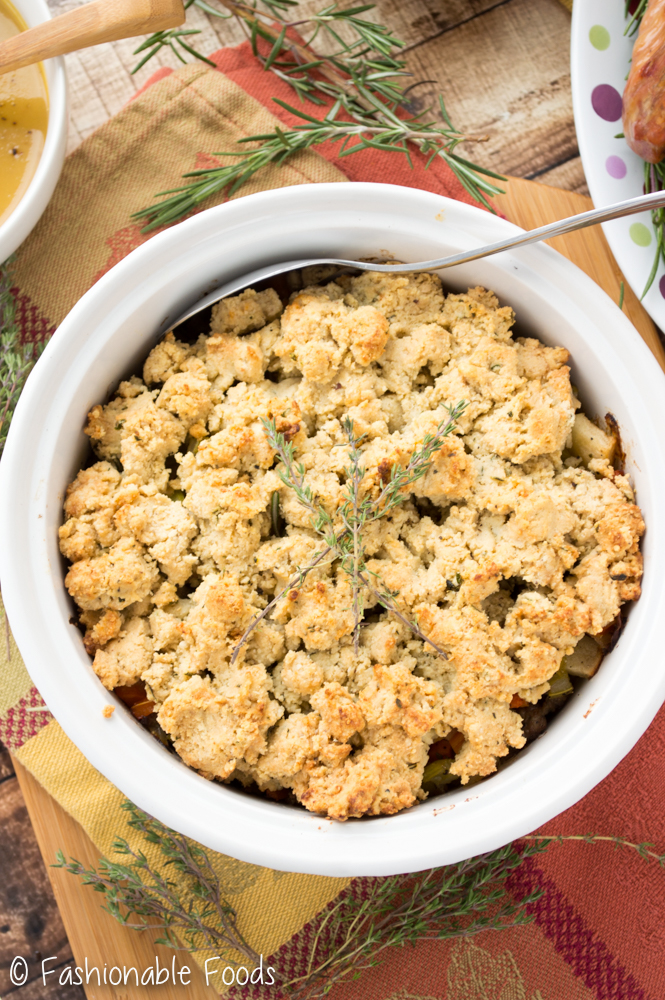 It wouldn’t be Thanksgiving without stuffing. If I’m being honest though, I could definitely go without it. Mashed potatoes on the other hand… definitely can’t go without those! However, this stuffing is so darn tasty that I don’t think I’ll ever want to be without it.

When I first came up with the idea for a grain-free stuffing I didn’t have high hopes for it. In my search for some recipe inspiration, I came up short. Most required a grain-free bread that you’d have to make ahead of time in order to make the stuffing. Making grain-free bread is definitely not cheap, so I didn’t really want to go that route, plus it would have been a lot of work.

A lot of the other recipes I came across use mainly vegetables, which I’m sure is delicious, but I really wanted something that would provide a bread-like texture. I decided to try mixing up a “dough” of sorts with almond flour and putting in on top of the stuffing before baking. It worked like a charm! 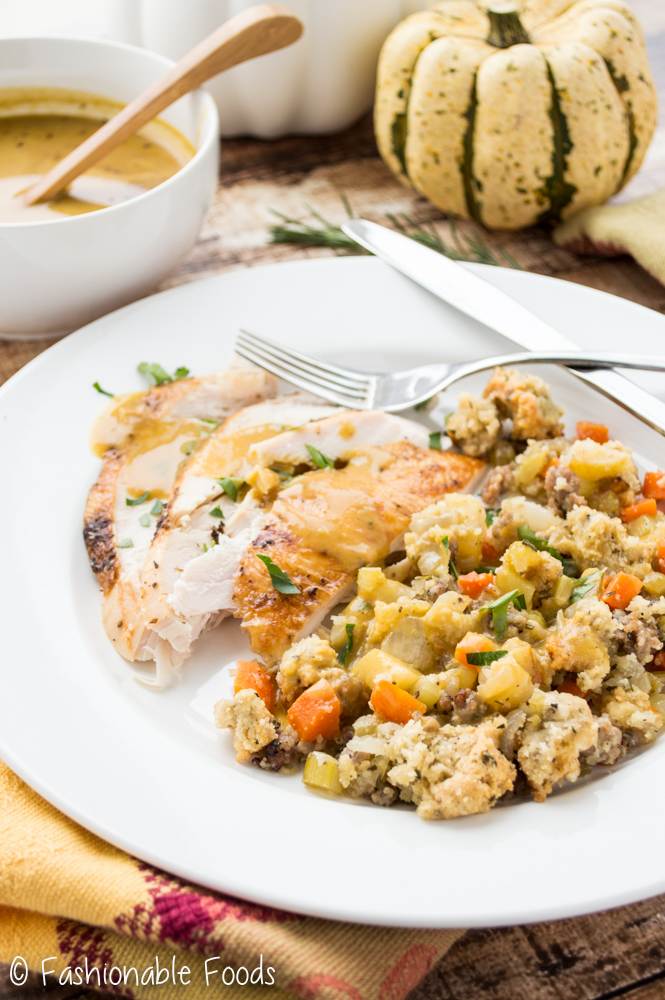 It bakes up perfectly – the topping gets crispy around the edges but stays soft on the inside. And, if you mix the topping up with sausage, apple, and veggie mixture, it really does resemble a traditional stuffing! 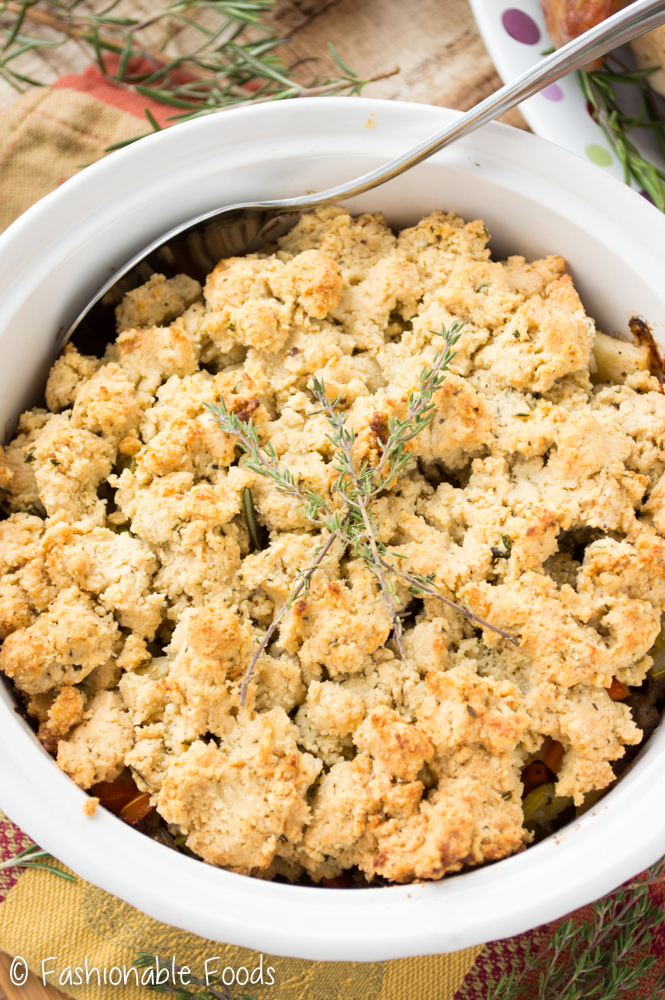 Kyle claims to not like stuffing – for years he would only eat Stovetop (the one you buy in a box). ? I’m definitely not a fan of it.

Anyway, he was super skeptical of this grain-free stuffing (as was I), but he ended up loving it! I’ve said before that he is usually not into anything made with almond flour, but he didn’t even know that’s what I used. He thought I used gluten-free bread!

So, if that doesn’t convince you, then you’ll just have to try it for yourself ? 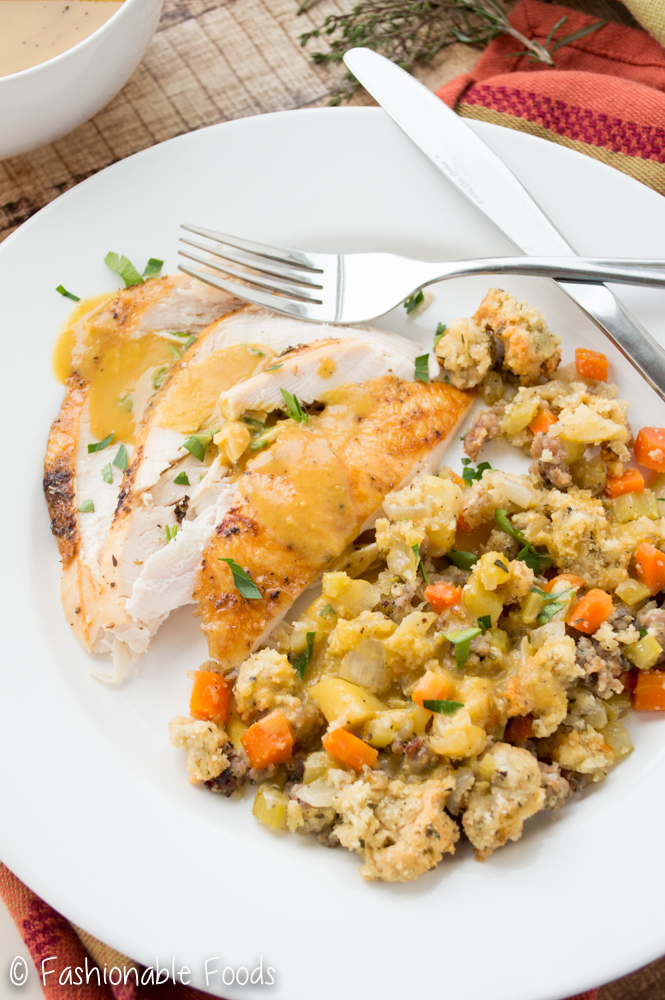