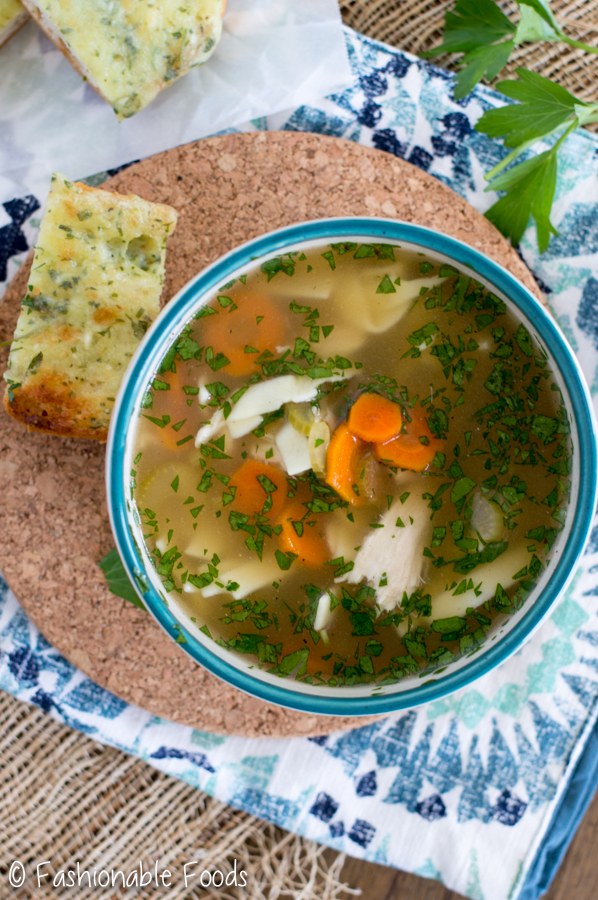 Happy Friday! Is it just me, or did this week kind of drag along? Monday seems like it was SO long ago. I’m not complaining, though, because time always goes by too fast. So, a few slow weeks are perfectly fine in my book!

I’m really excited for today’s recipe as I can officially say this is hands down my favorite recipe. I know, I know. I say that a lot of recipes are my favorite, but this one will always be number 1. Why, you ask? 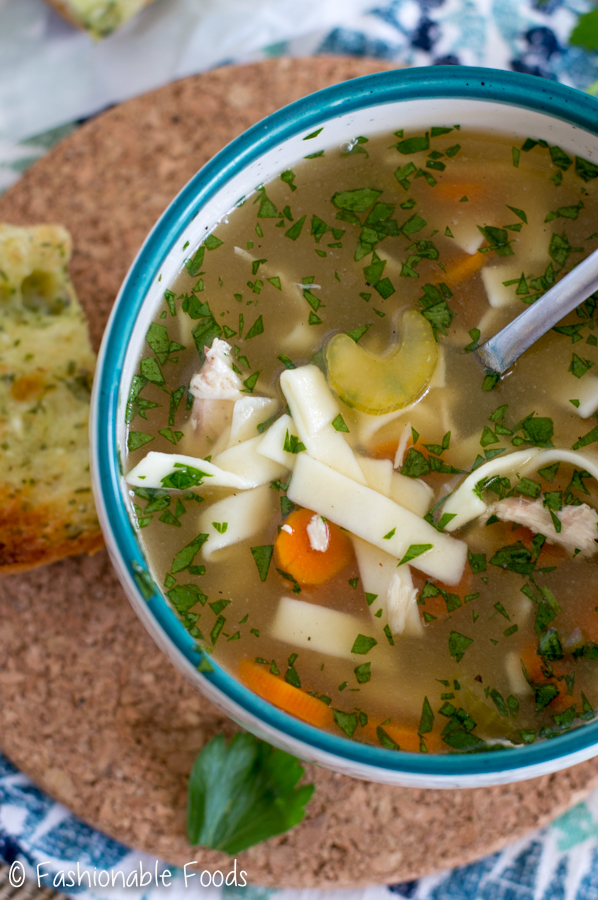 We all have that one nostalgic food that takes us back to our childhood.. or a happy memory. Chicken noodle soup is that food for me. It’s why I’m not a vegetarian (seriously!), it’s the first thing I crave as the weather gets cool, and it’s something I always want when I get sick.

Homemade chicken noodle soup is also something that makes me think of my grandmother every single time I make it. Growing up, whenever I went to her house during the winter we would make chicken noodle soup. She would cook the chicken and let me help make the noodles. She’d lay down tea towels, roll out the dough, and then let me cut them with a pizza cutter.

Every single time I smell this soup it takes me back to her kitchen. 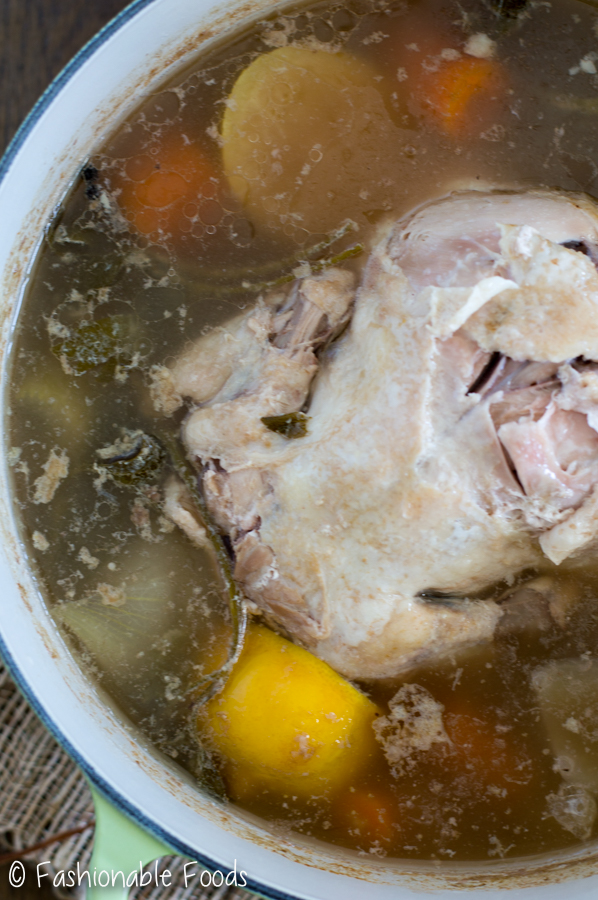 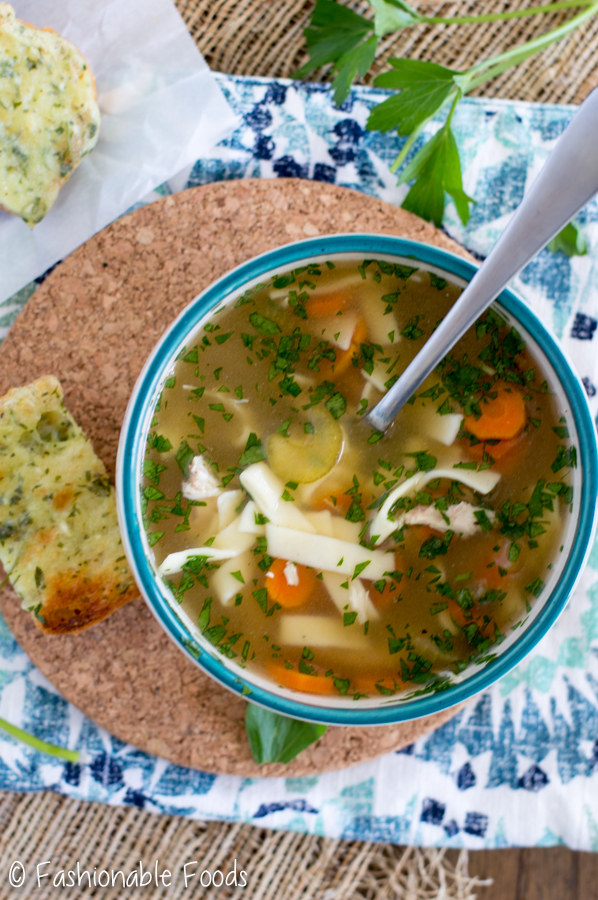 The process for homemade chicken noodle soup is relatively simple, but requires some time. You have to simmer the chicken with aromatics in water until you have a nice flavorful broth (and cooked chicken!). Then, you’ll want to cool the broth and scrape the fat layer off. This step isn’t required, but I like to do it because it gives the broth a clearer appearance.

While you’re letting your broth cool, you can make the noodles. Obviously if you don’t want to make your own, you can use store-bought. However, homemade chicken noodle soup isn’t the real thing for me without homemade noodles. That’s how I’ve always had it, and that’s how I always want it! 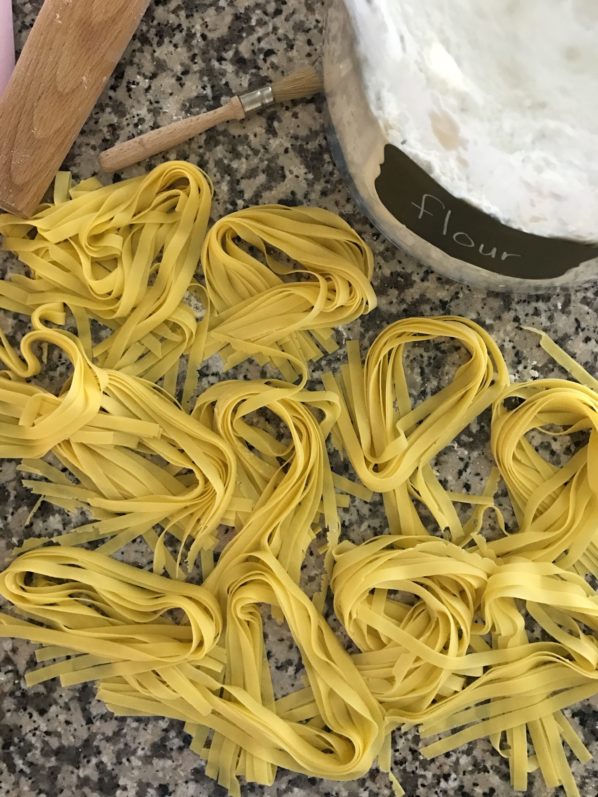 To speed things up, I use my pasta attachment for my mixer to make fettuccine. Then, I just cut that down into smaller noodles. However, you can just roll the dough out by hand and cut into noodles with a pizza cutter. Just like I used to do as a kid.

I’ve updated Grammy’s traditional method with a few fresh twists. I don’t remember her adding stuff to the broth, but I like to add carrots, onions, garlic, peppercorns, parsley, and a lemon. I absolutely love the hint of flavor the lemon adds. The noodle recipe is just flour, a bit of salt, and egg. Sometimes, you need to add a bit of milk or water if it’s dry and the dough won’t come together. Once you form a dough ball, refrigerate for 30 minutes and then you’re ready to roll! ?

I make my noodles gluten-free, but obviously the original recipe wasn’t gluten-free. I’ve found it works just fine with a good gluten-free flour blend (I like Cup4Cup for this recipe). However, if you aren’t gluten-free, simply use regular flour in the same measurement. 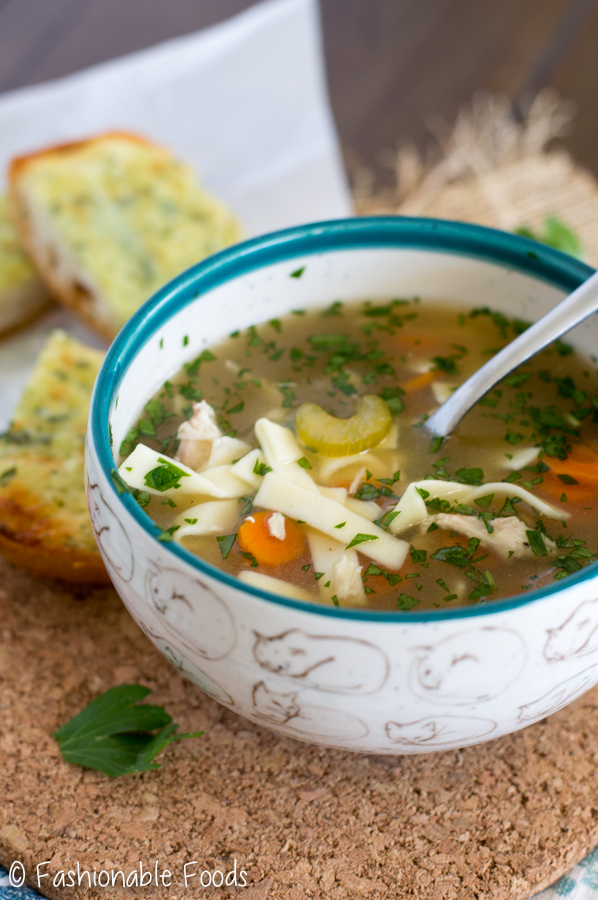 Yes, that is a bowl with sleeping cats on it… it’s my favorite soup/cereal/mac-n-cheese bowl. ?

Have a fabulous weekend! 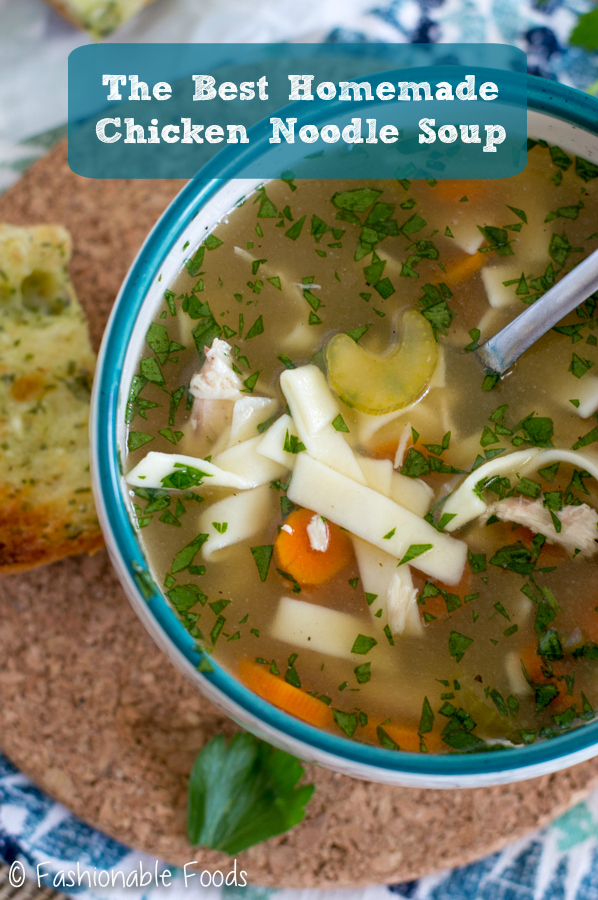