A fresh and healthy spring salad that is perfect as is or topped with grilled chicken or shrimp. The zesty citrus vinaigrette is so tasty that you’ll be making it for all sorts of salads!

I have discovered a new vegetable that I love… fennel! Thanks to our CSA we received a bulb and though I have had fennel in the past, it’s not something I routinely buy. I have always used fennel in italian cooking – sautéed and tossed with pasta or in soup. I’ve seen tons of recipes using it raw, but never tried it. For some reason I was always afraid to.

Well, it turns out that I love it raw! It has a mild, slightly peppery flavor with a hint of licorice. It’s also super crunchy and pairs amazingly well with oranges. My original thought was to put the fennel and oranges over arugula, but since I received romaine in the CSA too, I decided to use that. You can use your favorite lettuce – spring mix and arugula would be fantastic. 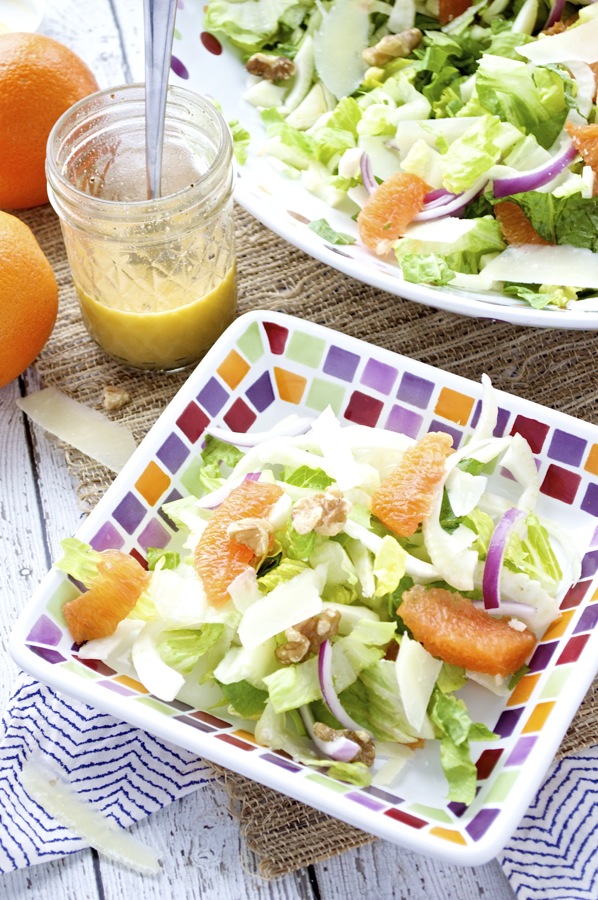 I’m obsessed with raw onions. I love them on a burger, on top of enchiladas, and sliced in a salad. So, I threw some red onions in here for added flavor. You can certainly leave them out if you aren’t a raw onion fan. Kyle informed me that he “isn’t a fan” of raw onion in salads, so I guess I’ll be leaving them off of his from now on!

Anyone else have a picky eater in their life? I’ve gotten so used to altering dishes so that we can both enjoy them that it doesn’t even bother me anymore. He’s really not that picky and will try everything once, which is good because I have NO patience for a picky eater! I will eat anything – even things I don’t like (cilantro) without complaint. I may not care for it, but I can still eat it.

Ok back to this delicious salad… 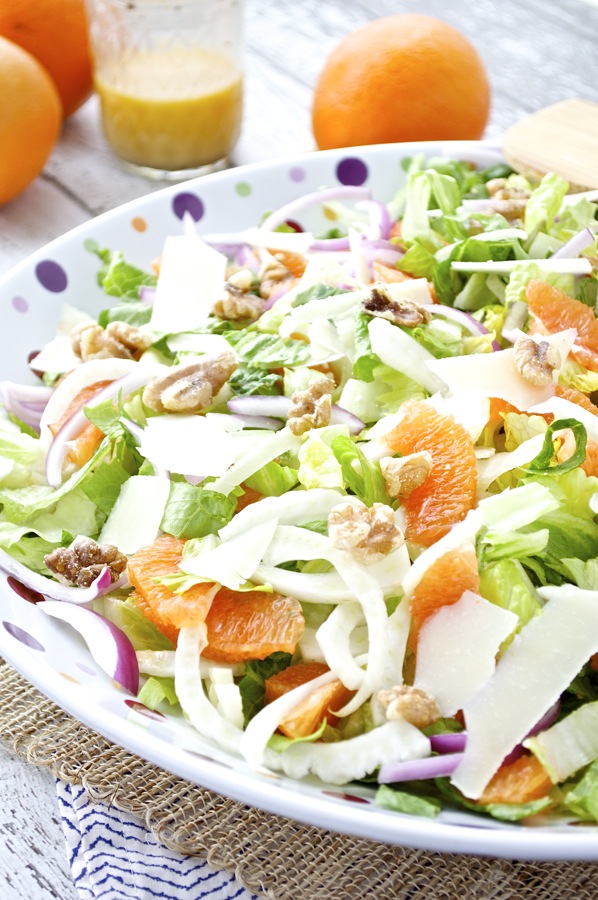 I added some walnuts on top for more crunch and because I just love nuts on salads. The cheese addition was for Kyle because he can’t have a salad without cheese. I went with pecorino romano because it’s his favorite for topping his pasta and because I knew it would pair perfectly with all of the other flavors. He then informed me that though he likes that cheese, he doesn’t really like it in a salad. Oy!

We ate this salad for dinner as is. While we were eating I realized grilled chicken or shrimp would be fantastic to top it off! So, next time I’m definitely doing that. This recipe will yield 4 entree servings, or 8 starter salad portions.

If you’ve never tried fennel raw, I highly suggest you try this salad. The sweet oranges go so well with the fennel. Oh, and the vinaigrette is so simple – it’s made from the orange juice from the leftovers of the segmented orange. I just add in some mustard, vinegar, season it with salt and pepper and shake it up with olive oil. It’s easy, but so good that you’ll want to make it and use it for other salads too!

This salad is the perfect spring dish and the best part is that it’s good for you! 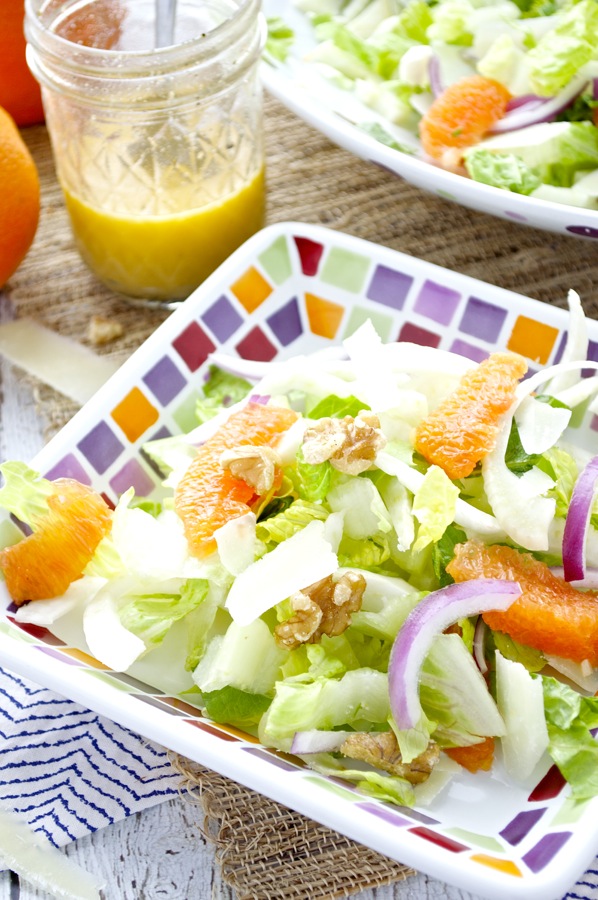 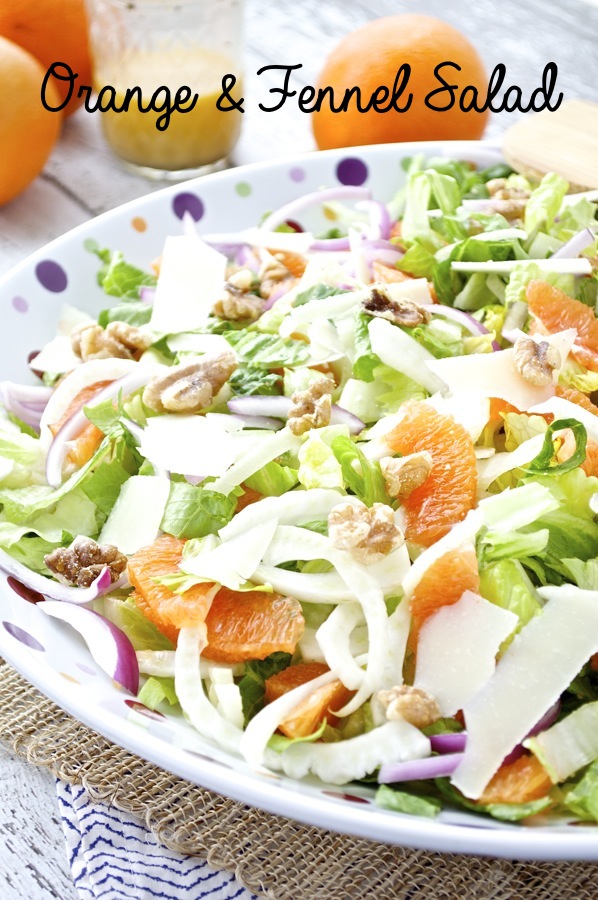