A Christmas ham that is sure to impress! This cranberry orange glazed ham is perfectly balanced with sweet and savory flavors. Not only is it delicious, but it’s super simple to make! {Gluten-free} 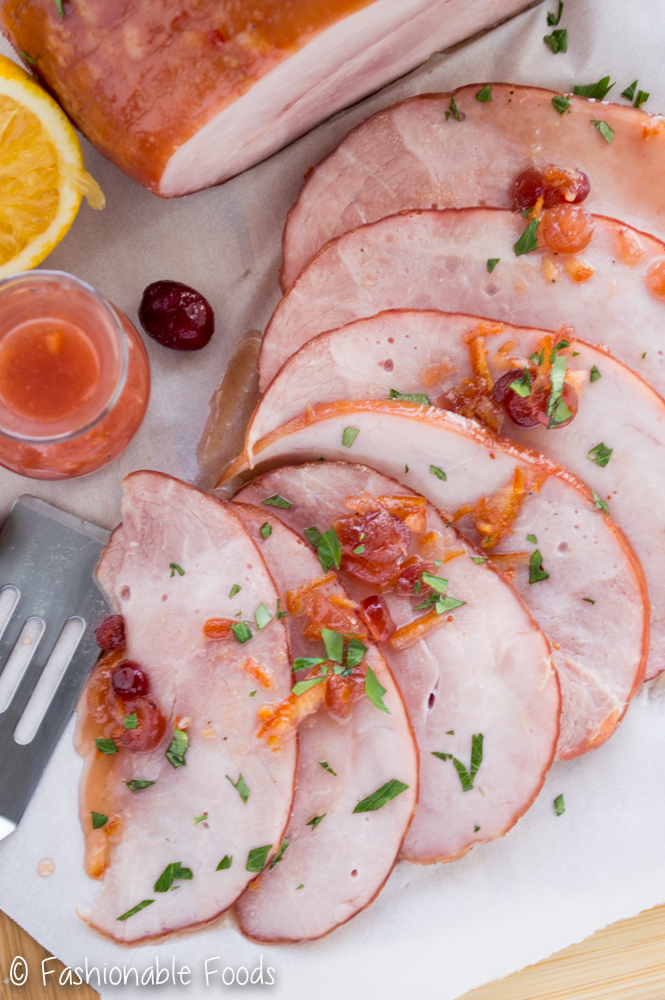 Hi friends! Are you ready for Christmas? I don’t think I’m ever “ready” – there’s always so much to do and never enough time! It always comes together just fine, though.

I know I say that about a lot of things, but this ham is simply amazing! The glaze is made ahead (yes!) and the flavor is super gourmet. Classic glazed hams (you know, the ones covered in pineapples and tons of brown sugar) can be a bit too sweet for my taste. I’ve always been more of a savory person and this glaze has the perfect balance of sweet and savory. 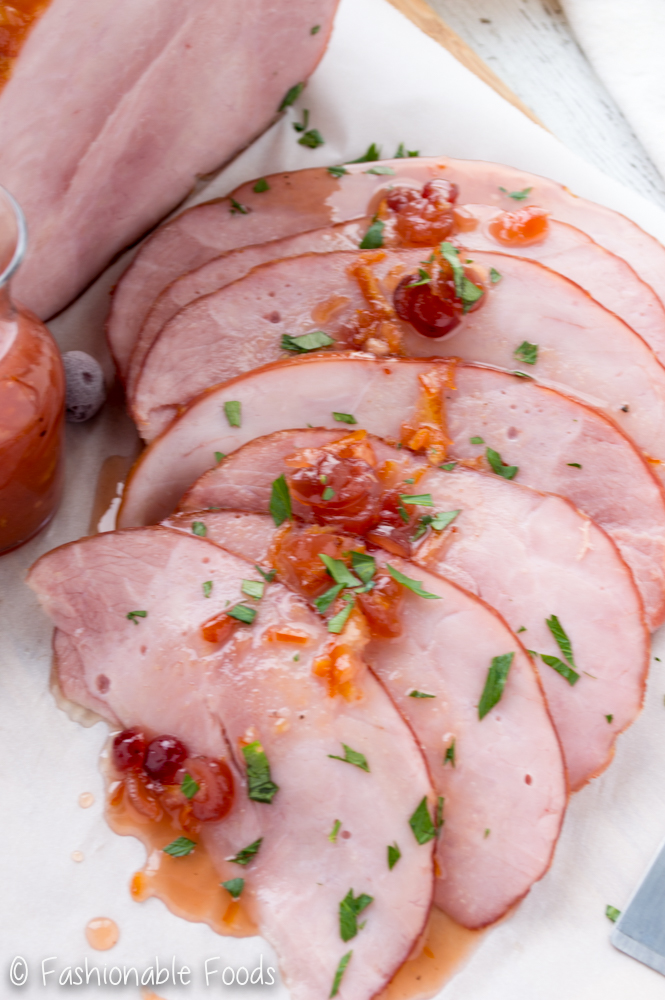 Growing up, we never had ham on Christmas. We basically did the Thanksgiving meal all over again. However, once I took over I decided we should switch up the meal a bit. We make both ham and turkey and the sides change from year to year – there’s always mashed potatoes, though. Because you can’t have a holiday without them, right?

Part of the fun of the Christmas meal is coming up with new sides and new ways to prepare the ham.I’ve done various glazed hams over the years, but I think it’s safe to say this is my new favorite. Though, this one is a close second. 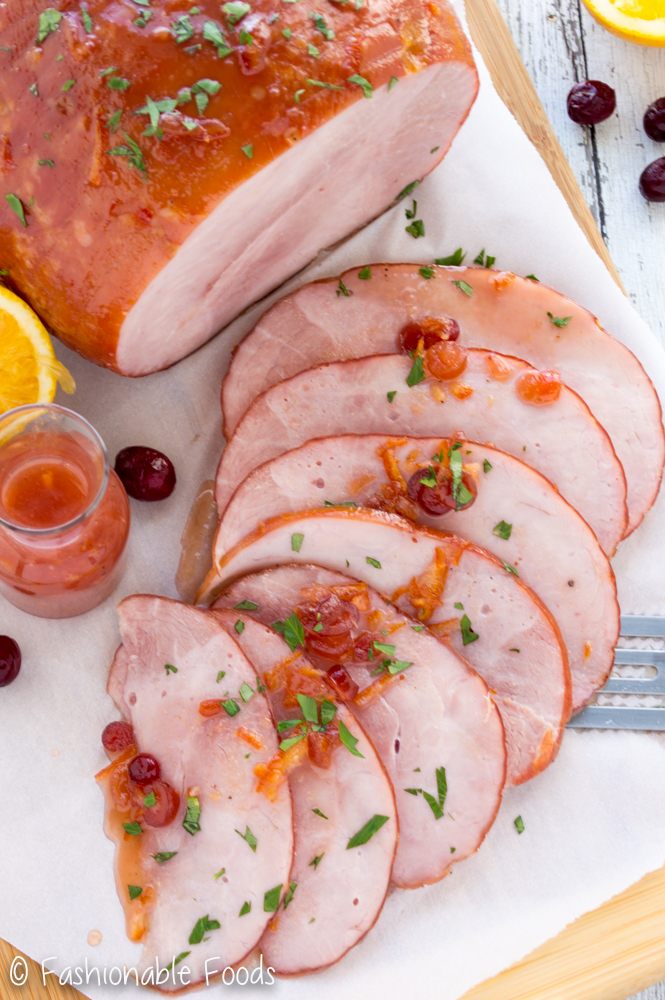 What I love most about the glaze is that it’s made ahead – so 1-5 days before the big day. Then, all you have to do is warm the ham up, cover it with the glaze during the last 30 minutes, carve, and eat it smothered with even more glaze.

The flavor of the cranberry orange glaze is so good it’s almost indescribable. You’ll want to eat it with a spoon, it’s that good.

Combine the marmalade, with cranberry juice, the juice of an orange, vinegar, and dijon mustard. Bring it to a boil, simmer it for 5 minutes and then that’s it! At this point you’ll want to cool it completely and then refrigerate it until it sets up some. You can do this up to 5 days ahead of time.

When your ham has 30 minutes left of cooking simply brush the whole thing with some glaze and let it finish. The remaining glaze can be heated on the stove and served alongside the ham. You’ll want that extra glaze, trust me.

If you’re looking for a new way to prepare your Christmas ham I highly recommend you give this terrific cranberry orange glaze a try! 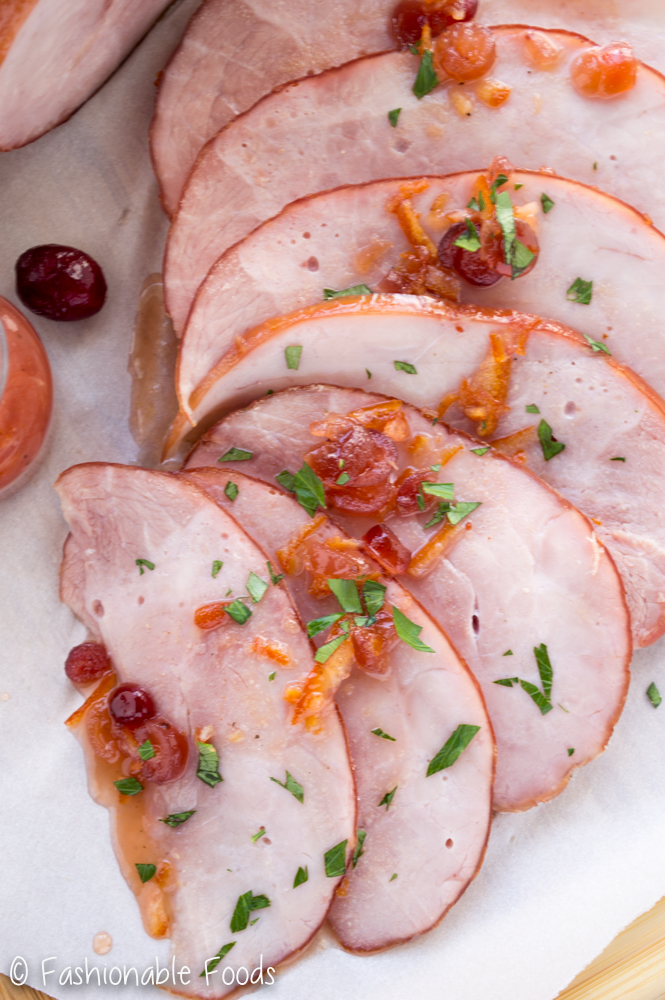 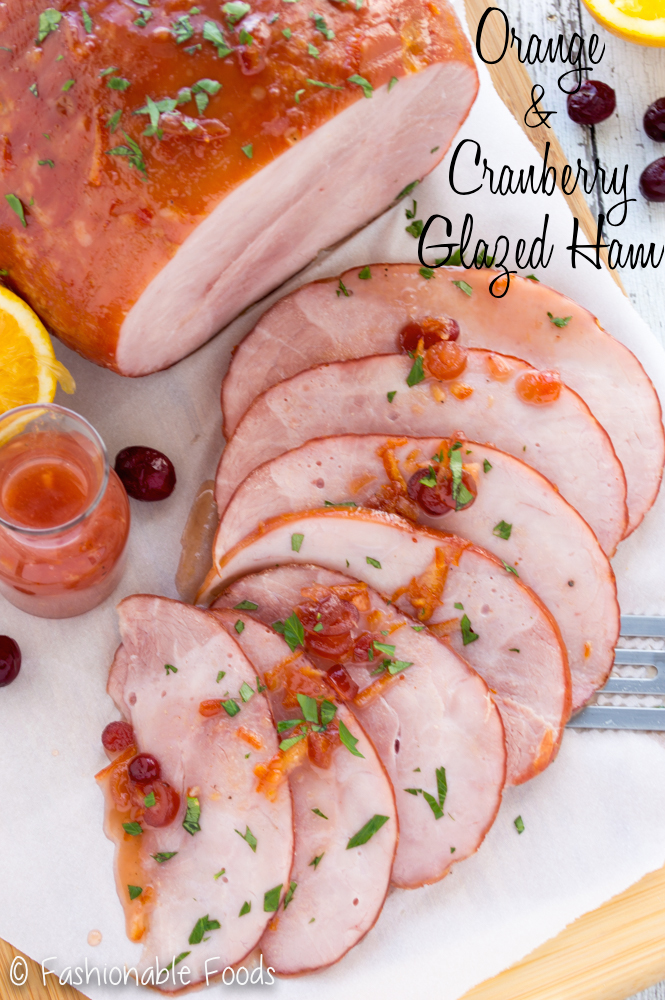