A warm and cozy brunch when the weather starts to cool down is the perfect way to celebrate the fall season. These cinnamon apple pie waffles are the epitome of fall… and with caramel swirl whipped cream, they are going to become your favorite indulgence! {Gluten-free!} 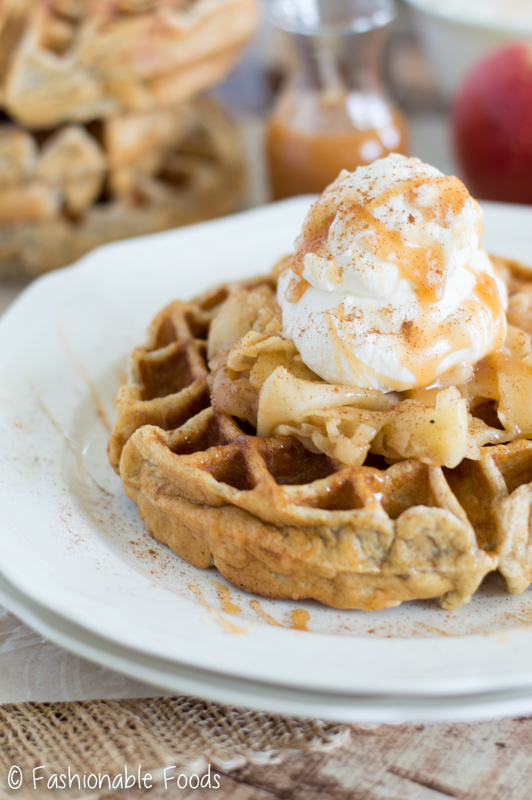 Hello again my friends! You all know how resistant to fall I’ve been. So much so that I refused to talk apples or pumpkins until it was officially fall. So, on Friday I pulled out all of my fall decorations, ran out (wearing shorts and flip flops) and bought pumpkins, mums, and apples.

Yep, it’s still very much summer here, but that doesn’t mean we can’t enjoy some cinnamon apple pie waffles! Seriously guys, these waffles are the epitome of fall. And topped with caramel swirl whipped cream just brings them to a whole new level.

I’m a big Belgian waffle fan. I’ve been making waffles for years (using my great grandmother’s recipe). They are always my go-to breakfast/brunch to serve when I have house guests. So, I figured why not embrace the fall season and make apple-pie-inspired waffles? 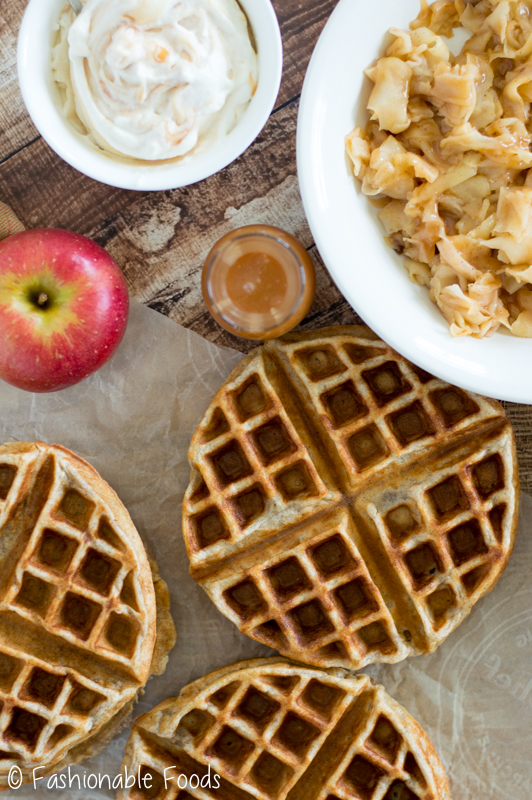 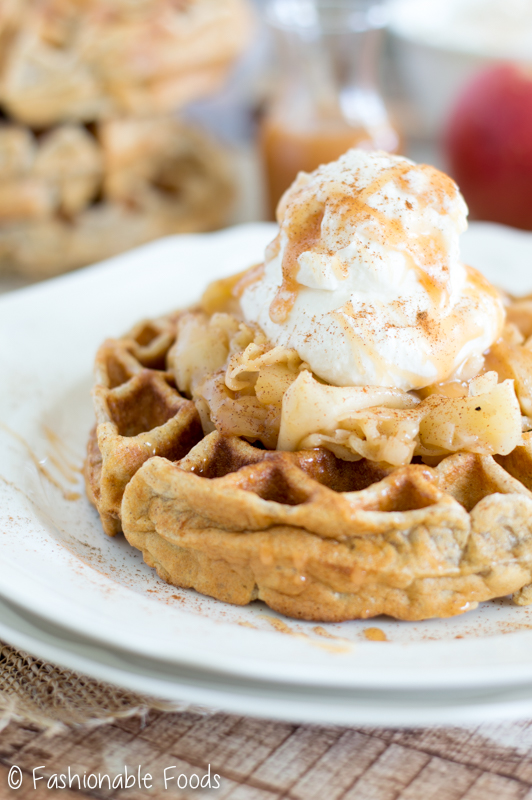 There’s a lot to talk about when it comes to these cinnamon apple pie waffles, so let’s jump on in.

Step one is to make homemade caramel sauce. I couldn’t tell you the last time I bought a jar of caramel because it’s something that I always have the ingredients for, and it’s pretty easy once you do it a few times. The main thing to remember when making homemade caramel is you don’t want to burn the sugar! So, just keep an eye on it and you’ll be just fine.

Of course if you want to buy caramel in the store that’s fine, too. Just don’t tell me.

Once you have your caramel sauce made, set it aside to cool completely. Now we can move on to step two: the apple topping! We are just sautéing apples in butter, brown sugar, cinnamon, and a pinch of salt. Easy, right?

Step three is to make the whipped cream and swirl the cooled caramel sauce in. Again, really easy! If all of that sounds like too much work to do before eating, don’t worry. You can make it all ahead. In fact, you can even make the waffles ahead and toast them in the oven when you’re ready to eat. 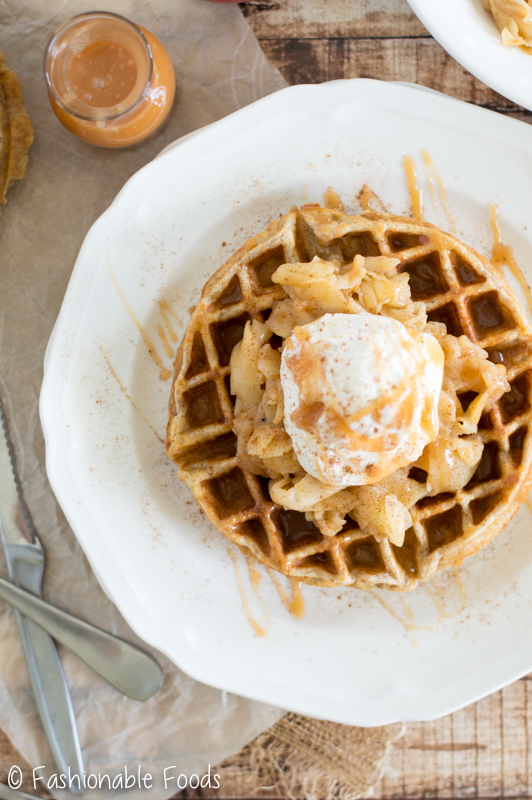 Speaking of the waffles, let’s talk about those. Light and fluffy with a crisp exterior, this is my tried-and-true waffle recipe courtesy of my great grandmother. We start out with the basics: flour (GF here, but regular AP can be swapped), baking powder, sugar, salt, milk, eggs, butter, and vanilla extract. What sets these apart from a lot of waffle recipes is the beating of the egg whites. (I believe this is what makes these Belgian-style waffles as opposed to regular waffles.)

Although it’s an extra step that can be somewhat annoying since you have to dirty another bowl, it’s completely necessary and makes the waffles SO light and fluffy. Trust me on this, once you try a Belgian-style waffle you will always want them!

To stick with the fall theme, I added cinnamon to the dry ingredient mixture, which obviously pairs perfect with apples!

Once you’ve got your waffle batter ready to go and your waffle iron is preheated, you’re ready to make waffles! The waffle iron I use is this one – I’ve had it for years and it still works great! 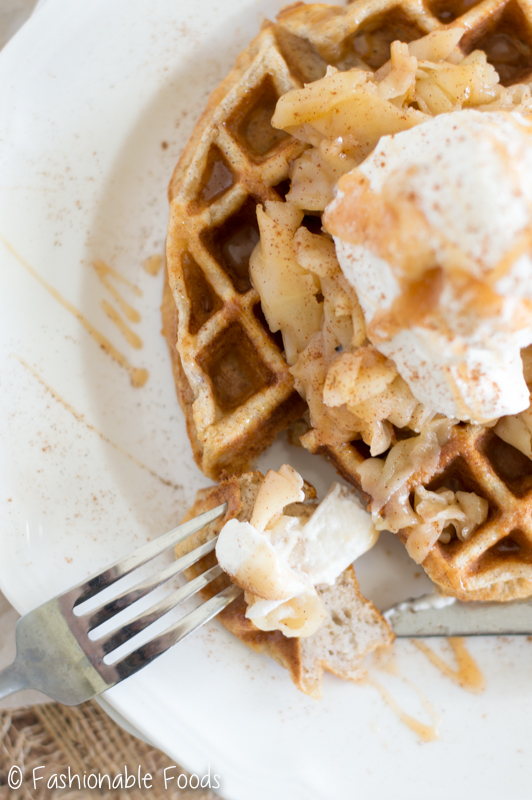 A few notes on the waffles before I leave you.

There aren’t enough words to describe how delicious these waffles are, so just take my word for it and go make ’em! Have a great week. ✌? 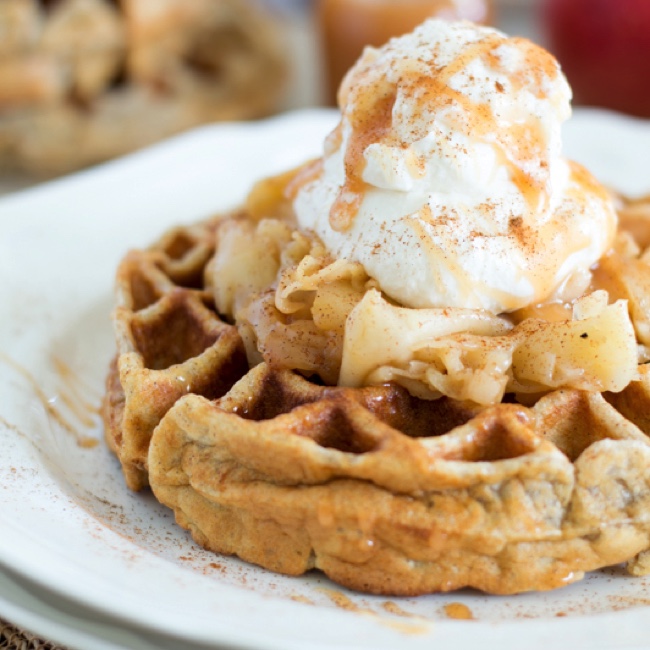 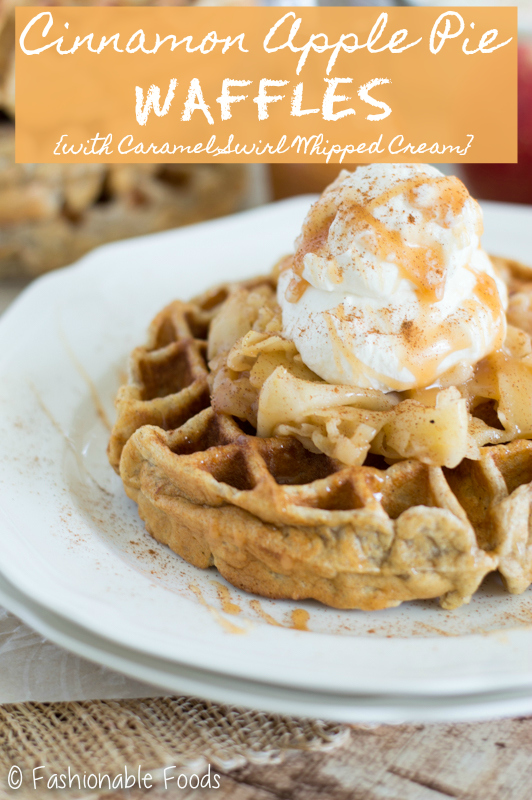