All the flavors you know and love from a classic cheesesteak come together in the form of a grilled cheese! This fun sandwich is my new favorite way to eat a cheesesteak – and it’s gluten-free! 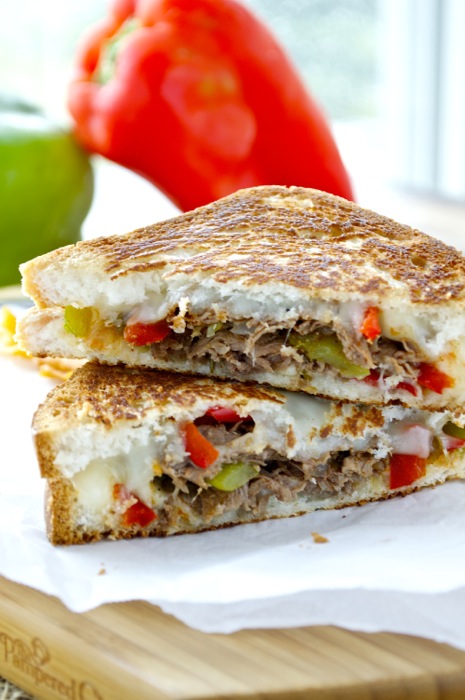 A few weeks ago Kyle requested homemade cheesesteaks for dinner. I never object to cheesesteaks for two reasons – they are delicious and he makes them. Obviously it’s pretty rare for Kyle to cook in this house because I pretty much live in the kitchen. However, he does have a few tasty dishes up his sleeve.

Now, I’m the one that picks up the ingredients needed and I usually do the chopping, but he does the actual cooking part. Since going gluten-free, cheesesteak night for me meant a big salad and the cheesesteak mixture on the side. This worked out for me for a while, but this time in I was really craving the bread. Luckily, I keep a loaf of gluten-free bread in the freezer for times like this.

I decided to make a grilled cheese with the cheesesteak mixture and it turned out SO much better than I ever expected! My biggest complaint with most cheesesteaks, is that there is just too much bread going on. I always hated biting into a big hoagie and only getting a mouthful of bread. This grilled cheese version is the perfect amount of bread, melty cheese, and cheesesteak meat flavored with onions and peppers. Plus you get a nice crunch from the toasted bread! 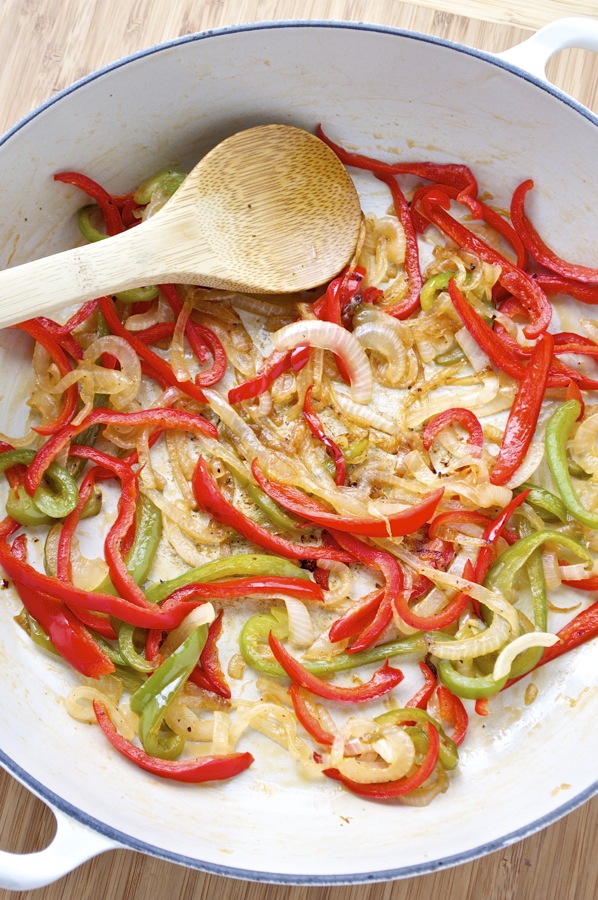 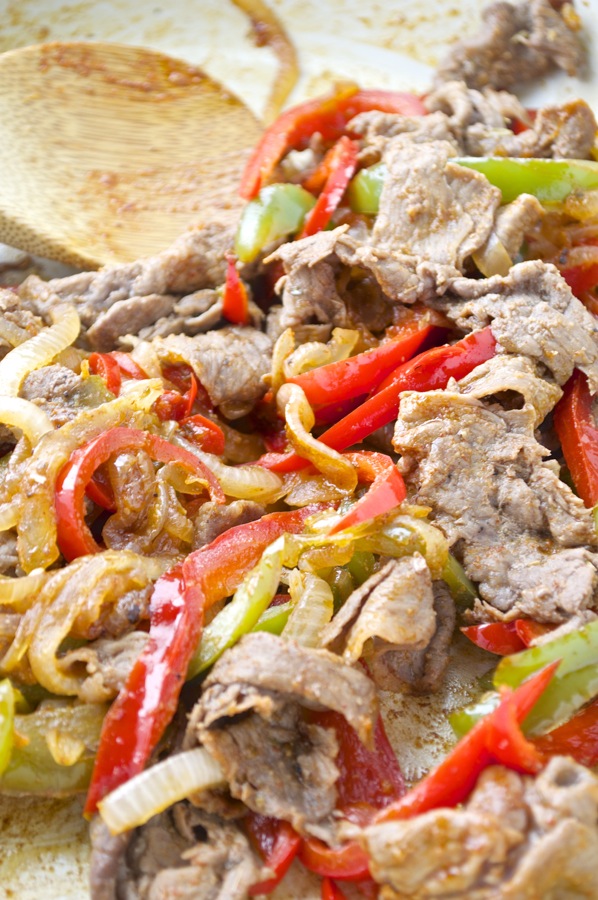 If you’ve never made your own cheesesteaks, you’re missing out! It’s so easy and you can control exactly what goes in it. We keep things simple and start with caramelizing onions and peppers. Once they are ready, push them off to the side and add in the meat. We use very thinly sliced sirloin or top round from the butcher. However, you can do this yourself at home by partially freezing a cut of meat and then thinly slicing on a meat slicer or with a knife. If you use meat that is too thick, you may end up with tough cheesesteaks – and we don’t want that!

At this point you can add the cheese and let it melt and then add it to your favorite hoagie roll. However, I highly recommend making a grilled cheese sandwich. They are SO GOOD!

Just line up your favorite sandwich bread (I like Udi’s Gluten-Free) top with sliced mozzarella, pile on the cheesesteak mixture, and then top with more cheese and another slice of bread. Melt butter in a skillet and cook it just like you would a grilled cheese. It’s so easy and incredibly tasty. Kyle had his in a hoagie and he was eyeing up my grilled cheese the entire time. He even snuck a bite and ended up loving it! 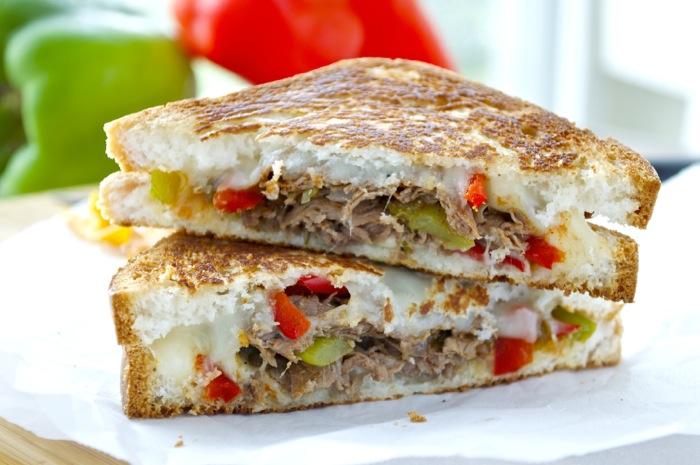