Delicate pumpkin pancakes smothered in a delicious bacon-cinnamon maple syrup. These pancakes are like eating pumpkin pie for breakfast!

I went back and forth about posting this recipe. Obviously I decided to go ahead and post it because you’re reading this right now. The reason I was hesitant is because it’s a finicky recipe that isn’t for a grain-free pancake beginner. If you are a beginner, try my original Paleo Pancake recipe first.

However, the flavor is so amazing on these pancakes that I decided I had to share them. I figured anyone looking for a Paleo-friendly pumpkin pancake recipe probably has a little experience with grain-free pancakes. If you’ve ever made them, you know how difficult they can be flip. More on that later.

A lot of blood, sweat, and tears went into this recipe. Ok, there was no blood and no tears, but there was a lot of sweat and I burned myself. 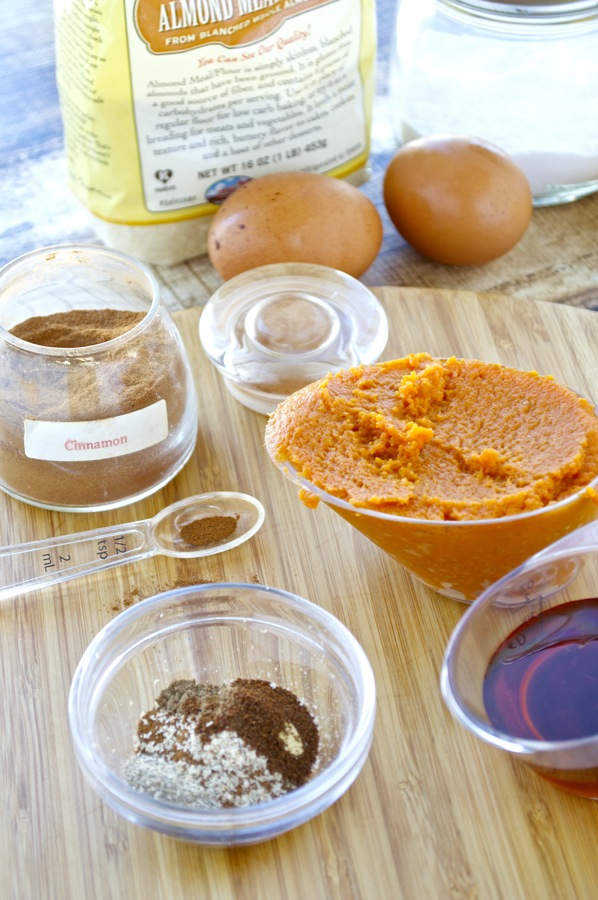 The first time I attempted this recipe it was a total flop. I basically just added pumpkin to my original recipe, which in turn made the batter entirely too thick that I couldn’t get it out of the blender. No matter how much liquid I added they wouldn’t thin out. I tried to cook them anyway and they wouldn’t cook through. I really cringed when I had to toss my failed pancakes.

The next time I attempted them, I tweaked the recipe and got the batter texture perfect. The pumpkin in the batter makes these much more delicate than the plain pancakes, so you just need some extra care when flipping. With a little patience though, it’s a breeze. You just need to let them cook for longer than you think before you flip them! 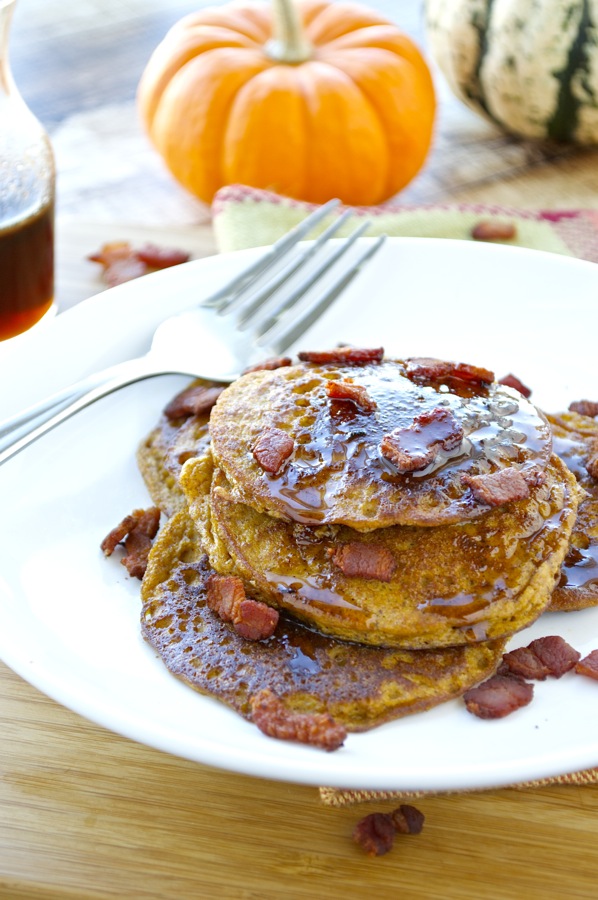 Now that we have all the technical stuff out of the way, let’s talk about the flavor.

I’m so in love with these pancakes! They taste just like pumpkin pie! And, they are topped with a delightful bacon-cinnamon maple syrup.

I know, I’m out of control with these emojis, but these pancakes are really that good! They are the perfect breakfast for cool fall mornings. Pair these pancakes with a cup of coffee topped off with my pumpkin spice creamer – that’s what I call the ultimate breakfast!